What is Capitalized Interest? 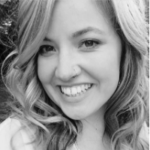 Suppose you have $30,000 worth of private student loans with an average interest rate of 6.05% and a 10-year repayment term. Suppose further that the borrower defers repaying the loan during the in-school and grace periods.

When Does Interest Accrue?

When the interest grows on your student loan depends on the type of loan you have. In order to avoid capitalization, it is important to know when you are responsible for paying the interest.

The U.S. Department of Education pays the interest on subsidized Federal Direct Stafford Loans during the in-school and 6-month grace period, as well as other periods of authorized deferment, such as the economic hardship deferment. The borrower remains responsible for the interest during forbearances.

The U.S. Department of Education does not pay the interest on unsubsidized Federal Direct Stafford Loans, regardless of whether they are in the in-school or grace periods or a deferment or forbearance. The borrower is responsible for the interest that accrues during all of these periods.

When Is Interest Capitalized?

Accrued but unpaid interest may be capitalized on a student loan at various stages in each loan.

Unpaid interest on a private student loan may be capitalized as frequently as monthly, even during a forbearance. Some lenders capitalize interest at the same frequency as the federal student loans, others do not.

How to Avoid Capitalized Interest

Interest capitalization involves paying interest on interest (compounding) and should be avoided if at all possible.

Payments on most federal student loans are first applied to fees, then to collection charges, then to interest and lastly to principal. Capitalized interest may be avoided by paying at least the new interest that accrues.

Some lenders have special programs which allow you to get an interest rate reduction on their private student loans if you agree to make a small fixed monthly payment (e.g., $25 per month per loan) or pay the new interest that accrues during the in-school and grace periods.

Once you enter the repayment phase on your student loans, you want to feel like you are making dent in the principal balance. You also want to start paying back what you originally borrowed. Unfortunately, if the loans have capitalized interest, it may take a few years before the loan payments pay off the capitalized interest that was added to the loan balance.