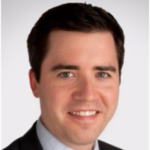 As the average student loan debt balance climbs, so does the number of weird ways to repay student loans. Game shows, mobile apps, sweepstakes, and crowdfunding sites are some of the options now available to student loan borrowers. In addition, several places are offering student loan repayment assistance for those willing to pick up and move.

Be a Game Show Contestant on Paid Off with Michael Torpey

Ever want to be on TV? Cable channel TruTV has a game show called Paid Off with Michael Torpey that offers its contestants the opportunity to win the amount of their student loan debt. Each episode features three contestants who answer trivia questions for money. No contestant leaves empty-handed. Every player gets the amount of money won through answering questions rounded up to the nearest thousand. The final contestant competes to win a percentage of their student loan debt amount, up to 100%.

Hosted by actor Michael Torpey, the show is meant to be comedic entertainment for its viewing audience. The contestants are entertainers as well as competitors for student loan relief. Getting selected for the Atlanta-based show requires an application and participation in an open casting call. Those with an outgoing personality or acting chops will have an edge in this process.

Selected contestants all get something for their effort, but the show does not pay the taxes due on all winnings. This means even somebody that wins an amount of money equal to 100% of their student loan balance will have some debt left outstanding after taxes are paid.

Use the Givling Mobile App

Givling is a mobile app that is part trivia contest and part crowdfunding for student loan borrowers. The competition for awards is intense, so most users will be better off limiting their participation to the free aspects of mobile app.

Users can participate in a trivia contest for the chance to win a share of the weekly cash prize. The trivia game involves answering a series of true/false questions on a variety of topics. Two games may be played for free each day. Each additional game costs $0.50 plus payment processing fees.

There is also an ongoing competition to receive up to $50,000 for student loan repayment through crowdfunding. A point system is used to determine which loan will be crowdfunded next. Points are accumulated by playing the trivia game, viewing advertisements, interacting with sponsors, and buying merchandise.

Some consumer brands are using the prevalence of families burdened with student loans in marketing promotions designed to provide debt relief. A typical contest requires entrants to make a short video explaining why they would be a worthy recipient of help in repaying their student loans. In addition, the video entry usually requires some tie-in with the mission of the brand sponsoring the promotion.

A sweepstakes requiring a video or essay may be worth an entry for those with a creative flair. The chance of success is low, but a modest effort is more than worthwhile as the top prize money is often tens of thousands of dollars. As with all sweepstakes, any prize won is taxable.

Participation in clinical trials that require overnight stays in a clinic may pay a few hundred dollars per day and several thousand dollars over the course of study. In addition to payment, clinical trials often involve an extensive health screening of study participants. This additional health screening may catch potential health issues early or provide added comfort that the individual is completely healthy.

A comprehensive list of studies that are enrolling subjects can be found on the government website, ClinicalTrials.gov.

Clinical trials that investigate the safety or efficacy of a new drug or medical device are not without risk. Unpleasant side effects may occur and there is always a small risk of more serious harm. However, new therapies are first tested on animals before any human tests are allowed. Drug dosages in initial human trials are always smaller than what has been safely tested in animals.

Give a Part of Yourself

Egg or sperm donation may be an option for those that are completely healthy. Egg donors may be compensated upwards of $10,000. However, egg donation requires dozens of hours of screening, office visits, hormone injections, and surgery. As with any invasive medical procedure, there is a risk of side effects.

Sperm donation is less invasive than egg donation, but also less lucrative. Potential donors need to meet age, height, and other requirements in many instances to be selected. Donors may be expected to make regular donations for as long as twelve months.

Gestational surrogacy is another option for earning money to pay off student loan debt. A surrogate carries a baby from inception to term for a family that is unable to do so themselves. Compensation can be $35,000 or more, plus health care costs. Surrogates must pass medical and psychological screenings and a criminal background check.

Donating blood plasma is another way to make some extra money. So long as an adult is healthy and weighs at least 110 pounds, they are usually eligible to give blood. Each donation typically takes no more than two hours. Donors receive up to $50 per visit, though it varies by location.

Hair that is 15 inches long or longer may be sold to wig makers online, especially if the hair has never been dyed.

Note that the National Organ Transplant Act of 1984 bans the selling of organs in the United States. This includes organs that a person can live without, such as a kidney or part of the liver. Some states, however, may provide tax deductions or tax credits for the costs associated with organ donation.

Several states and some towns and counties are attempting to attract an educated workforce by offering student loan repayment assistance. Some offer to reimburse student loan payments for a few years, while others provide a large grant award to help repay a chunk of student loan debt. The financial incentives range from about $5,000 to $50,000 or more. Maximum awards are typically earned with four to five years of residency.

Many of the programs are in rural parts of the country, including Kansas, Maine, upstate New York, and North Dakota. Others are located near major population centers in towns or other areas that are attempting to revitalize their local economies. These include student loan repayment assistance programs in Maryland, Michigan (St. Clair County), Ohio (Hamilton and Newburgh Heights), and Rhode Island.

Crowdfunding sites have become a popular way to raise small amounts of money from many individuals. GoFundMe is the largest site for personal fundraising. They claim over 100,000 educational campaigns per year, including for help with paying for college. Few of these, however, are fully funded. Unlike other crowdfunding sites, GoFundMe doesn’t charge a platform fee to donors. Instead, donors are given the chance to add a tip on top of their donation that goes to the site. Donors still pay payment processing and transaction fees.

Other sites are targeted specifically at fundraising for student loan repayment or other educational expenses. LoanGifting allows the user to create a profile with their specific loan information. Donations are sent directly to the lenders rather than the borrower. However, LoanGifting charges a 3% platform fee in addition payment processing and transaction fees.

GiftofCollege.com is another site that allows borrowers to create a profile that links directly to their student loan accounts. The site charges donors a 5% fee with a $15 cap per transaction. They also sell gift cards online and in retail stores for amounts ranging from $25-$200. However, the fees for the gift cards are high — a $50 gift card costs $4.95.

Personal fundraising sites may be a helpful way to repay student loan debt. But, the “crowd” in most cases is limited to people the borrower already knows. Once a profile is created, it is up to the borrower to solicit help via email, social media, or word of mouth.

More Options than Ever for Student Loan Repayment