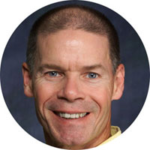 Fees charged to administer a 529 account and its underlying investments have a direct impact on the account’s investment performance. Average fees have dropped dramatically in 529 plans since their creation back in 1996, much like other investment products. State treasurers and the agencies responsible for administering 529 plans have been pushing hard for reductions, and outside vendors competing for the right to manage the plans and its investments have been willing to accept lower fees (percentage-wise) as asset levels in plans have risen.

Fees charged to the plan for management and administration

Most 529 savings plans hire outside firms to manage the program and its investment portfolios, and those firms receive a percentage of assets as compensation for their services. The state agencies responsible for administering 529 plans will usually receive a share of this fee to cover their costs. In a few states, program management is done in-house through a state agency and not out-sourced to vendors.

Total program management and administration fees range from less than 0.10% in a few 529 plans to as much as 0.70%. Think of this as the “extra” cost of investing with a 529 plan as opposed to investing on your own outside of a 529 plan.

Expenses of the underlying investments

The majority of investment options in 529 savings plans consist of mutual funds, and mutual funds incur their own expenses. Passively-managed index funds, with expense ratios generally below 0.15%, have become commonplace in direct-sold 529 plans.

Actively-managed funds have higher expense ratios, sometimes exceeding one percent. They are mostly used in advisor-sold 529 plans, and still found in a number of direct-sold plans. Most – but not all – actively-managed funds’ primary goal is to outperform their respective index.

Many plans now feature exchange traded funds (ETFs) in their portfolios. At first glance, ETFs do not seem to make sense inside a 529 plan, as their relative tax efficiency and trading option benefits are mitigated. However, ETFs have performance characteristics comparable to index mutual funds, and typically offer very low expenses.

In an advisor-sold 529 plan you may have a choice of classes (A, B, C, etc.), with each class having its own pricing structure. You may be eligible for reduced sales charges (known as a “load” or “sales load”) if the amount you have invested reaches predefined “breakpoint” levels.

Several advisor-sold 529 plans waive their sales load for accounts sold through registered investment advisors (RIAs). Instead of taking sales commissions, RIAs charge their own separate fee, generally a percentage of your investment balance, for managing your portfolio. Some RIAs prefer to recommend direct-sold 529 plans instead of load-waived, advisor-sold plans

Some, but not all, 529 plans charge a fixed-dollar amount against your account either quarterly or annually as an account maintenance fee. The fee is usually in the range of $10 to $25 per year per account, depending on the particular 529 plan. In some of these plans the fee is waived when certain conditions are met, such as being a state resident, maintaining a high account balance, or signing up for automatic contributions.

In addition to maintenance fees, you may incur transaction fees for various items, like returned checks or rollover requests.

How can you compare fees and expenses between plans?

Every 529 savings plan will fully disclose its fees and expenses in the official program disclosure statement (also sometimes called the “program description”). You can access this online, or you will receive one an enrollment kit. The best way to compare 529 plans is to use our free comparison tool. You can also review the investment cost charts in the program disclosure statement, which show the total costs you will pay for each investment option in the plan over one, three, five, and ten years. The charts assume a one-time $10,000 investment in the option, and annual growth of 5%.

Savingforcollege.com publishes a 529 Fee Study on a semi-annual basis, which compares and ranks 529 plans for their ten-year total fees as shown in the investment cost charts. The 529 Fee Study highlights the lowest-cost options as well as the highest-cost options in every 529 plan. (Options that consist of bank products or similar “no-fee” investments are not included in the study.)

How does Saving For College rate 529 plans with respect to fees?

Fees and expenses account for 25% of the total score that determines the 5-Cap Rating assigned by Savingforcollege.com to every 529 savings plan. We score the plan using a formula based on the plan’s total average expense ratios, its average management fees (i.e. total expenses net of underlying fund expenses), its fixed-dollar fees, and its sales charges (if it is an advisor-sold plan).