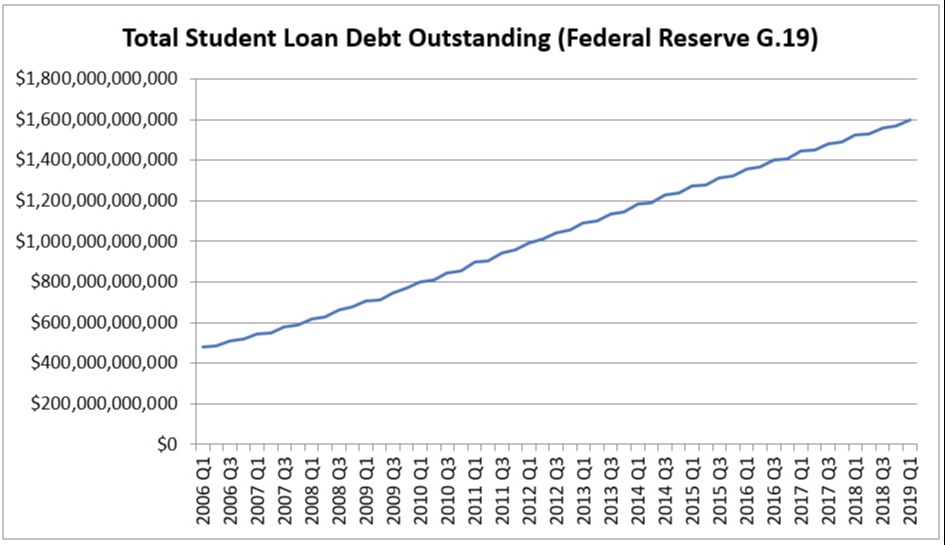 The Federal Reserve Bank of New York (FRBNY) reports a lower figure of $1.5 trillion ($1,486,000,000,000) for total outstanding student loan debt. The FRBNY figure is $112.5 billion lower than the figure reported by the Federal Reserve Board.

Comparing Student Loans with Other Types of Consumer Debt 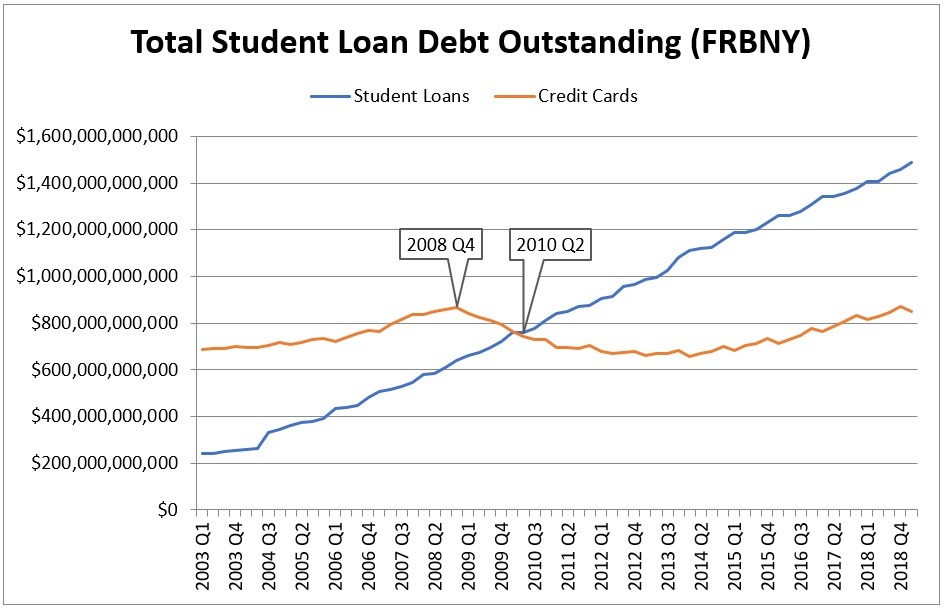 According to the Federal Student Loan Portfolio Summary, which is based on NSLDS, total federal student loans outstanding, including Direct Loans, FFEL Program loans and Federal Perkins Loans, reached $1.4471 trillion and 43.0 million borrowers as of Q1 of FY2019 (December 31, 2018).

Estimating the Number of Borrowers

Percentage Borrowed by Type of College

People pay attention to milestones, but the impact on individual borrowers matters more. Most borrowers can afford to repay their student loans in ten years or less if their total student loan debt is less than their annual income. Otherwise, they will struggle to repay their student loans and will need to reduce the monthly loan payment by stretching out the term of the loan through an extended or income-driven repayment plan. 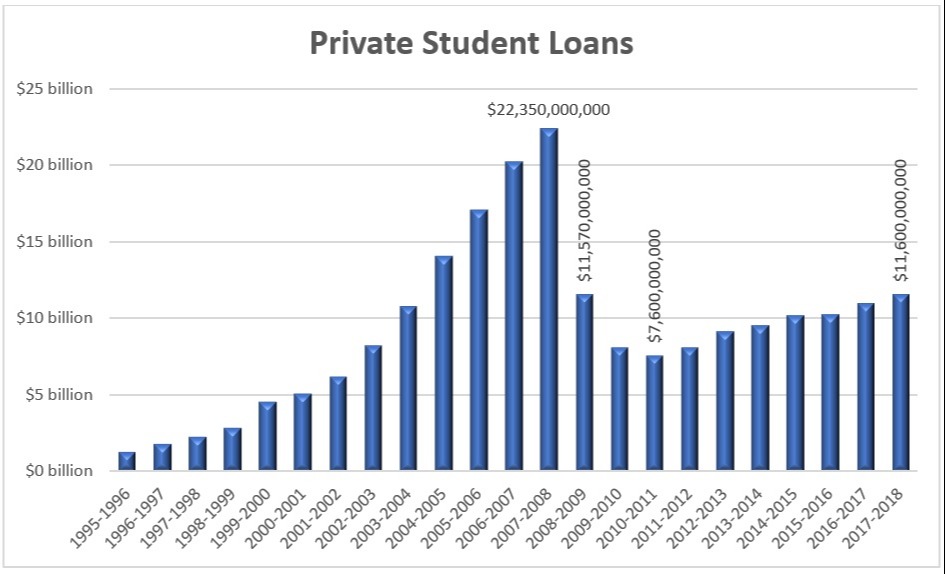 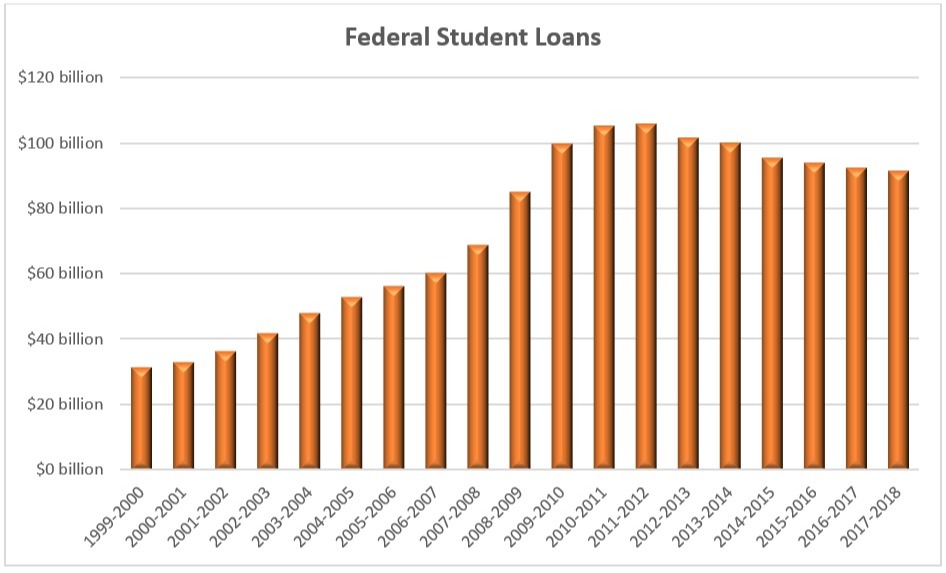 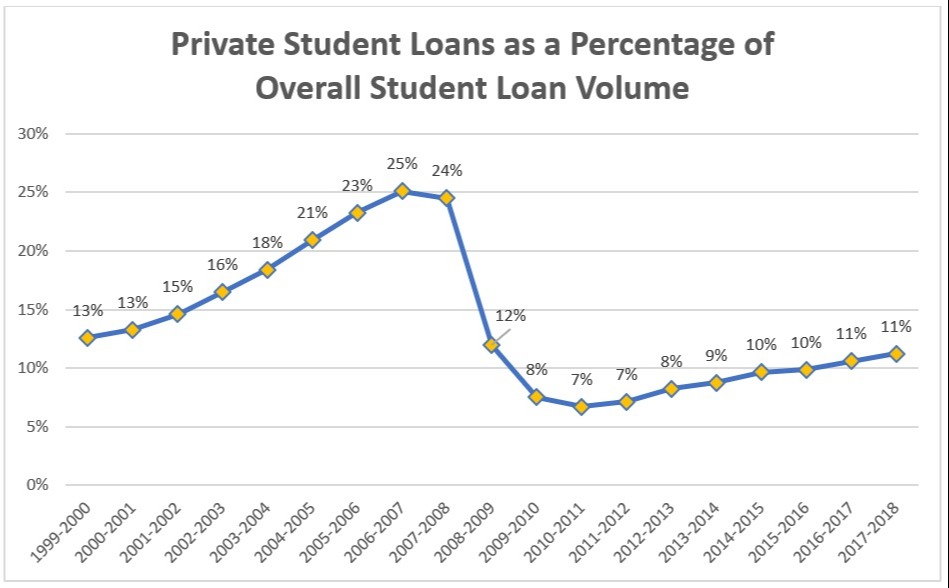