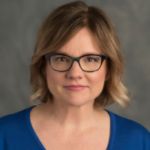 When a borrower defaults on a student loan, the lender may be able to obtain a wage garnishment order to seize part of the borrower’s wages to repay the debt. The Treasury Offset Program (TOP) also allows the federal government to offset Social Security benefit payments and income tax refunds.

If you default on a federal student loan, the U.S. Department of Education can garnish up to 15% of your disposable pay administratively, without a court order.

Disposable pay is the portion of an employee’s gross compensation that remains after subtracting health insurance premiums and any amounts that are required by law to be withheld, such as federal, state and local taxes.

The Treasury Offset Program (TOP) may be used to garnish up to 15% of Social Security benefit payments and to intercept federal and state income tax refunds to repay defaulted federal student loans.

It usually takes about a year after default for a borrower’s wages to be garnished and Social Security benefit payments and income tax refunds to be offset. These options are pursued only if the borrower has not been making payments after the loans entered into default.

If a borrower’s wages are being offset by more than one federal agency, the total garnishments cannot exceed 25% of disposable pay.

Federal agencies cannot garnish a borrower’s wages if the borrower was involuntarily separated from their previous job until the borrower has been employed continuously in their current job for at least 12 months.

If the U.S. Department of Education wishes to garnish more than 15% of a borrower’s wages, they must sue and get a court order for wage garnishment. A borrower can also voluntarily agree to a higher amount of wage garnishment.

Right to a Hearing

The U.S. Department of Education or a guarantee agency must send written notice to a borrower at least 30 days prior to administrative wage garnishment. The borrower may then request a hearing.

The hearing will usually be held by an administrative law judge.

Challenges to the Existence or Amount of Debt

Examples of challenges to the existence or amount of debt include:

How to Stop Wage Garnishment

A borrower may stop wage garnishment by

The Higher Education Act of 1965 provides for administrative wage garnishment of defaulted federal student loans at 20 USC 1095a. The regulations provide additional requirements at 34 CFR 682.410(b)(9).

The Debt Collection Improvement Act of 1996 (P.L. 104-134) provides general authority for federal agencies to use administrative wage garnishment to recover debts owed to the agency. The regulations are at 31 CFR 285.11. These requirements are similar to those that appear in the Higher Education Act.

If you are sued by a lender, show up in court, preferably with an attorney. You should always demand proof that the debt is owing, such as a copy of the signed promissory note. If the lender can produce only spreadsheets, those are not proof that the loan is valid.

Questions about defaulted federal student loans may be directed to the Default Resolution Group at 1-800-621-3115.

Problems involving federal student aid may be directed to the Federal Student Aid Ombudsman at 1-877-557-2575.