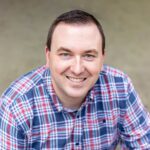 While the administration waits for the Supreme Court to hear arguments in the case for student loan forgiveness at the end of February (on the 28th), they are moving forward with a new proposal for loan repayment. The administration calls the play a “student loan safety net” that will “prevent borrowers from getting overloaded with debt.”

Essentially, the plan would give a major overhaul to income-driven repayment plans. The plan would come with potential lower monthly payments, an easier path to forgiveness, and a promise that unpaid interest will not be added to a borrower’s loan balance.

This would simplify the income-driven repayment plans and consolidate them from four down to a single method. This plan would cap payments on undergraduate loans to 5% of the borrowers’ discretionary pay, cutting their potential bills in half. And it would only require payments if you make at least $30,000 per year.

As long as the payments are made then any unpaid interest would not be charged at all. This is meant to stop borrowers from having unpaid interest added to their loan balance, which is a practice that can cause debt to snowball.

This proposal could also make it possible to pay off loans faster. While existing plans cancel student loan debt after 20 or 25 years of payments, the new play could erase the remaining debt after 10 years for those who took out $12,000 or less. For every additional $1,000 borrowed beyond that, a year would be added.

The plan does have its opposition as it could be an expensive plan to implement. The Biden administration estimates that the repayment plan could cost upwards of $138 billion over the next ten years. Others have suggested that they think it could cost more than $200 billion over the same time period.

Even some Democrats are worried that the plan could cause student borrowers to borrow more money than they would have previously. And many are concerned about the administration of the proposal since the income-driven repayment plans have come with their own administrative issues over the past year.

Stay tuned to see if the proposal is able to move forward.