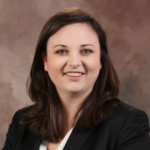 Small College Savings Plans are Better than None

What’s really important isn’t the amount of money in the account, but rather the positive psychological effects of beginning a college savings plan early in a child’s life. When a family saves for a child’s education, it establishes not just a belief that college is possible, but also an expectation that the child is going to college. This motivates parents to prepare their children academically and socially for college from a young age.

Parents aren’t the only ones with college on their minds many years before college tours commence and application deadlines loom. By creating a college-going culture early in a child’s life, families, schools and communities empower children to meet the expectation of enrolling in and graduating from college.

Children from high-income families have greater college-going and completion rates across the board when compared to children of lesser means, according to the WUSTL study. Being from a low-income household doesn’t determine whether a child enrolls in or completes college though. Disadvantages don’t define destiny.

If families have the foresight and perseverance to save specifically for college and teach their children responsible financial behaviors, their children have much greater chances of enrolling in college, graduating from college, and improving their socio-economic position as adults.

The average family doesn’t save enough to have much of an impact on costly college bills. According to Sallie Mae’s report, How America Saves for College, less than 60% of parents are currently saving for their children’s education. Those who are average savings of just $18,000. With the average price for a year of undergraduate tuition, fees, room and board at $16,700 at public universities and $43,000 at private ones, there just isn’t enough saved to cover four or five years’ worth of college costs.

It’s important for parents and children to work together in developing a plan to pay for all years of college, not just the first few semesters. Beginning a college savings plan early in a child’s life is the first step in this process.

Saving early and often are the best ways to maximize the benefits of college savings plans. The best time to begin saving for college is when a child is born to allow the most time for savings to grow.

Parents should explore 529 college savings plans that offer tax and financial aid benefits. Children’s Savings Accounts sponsored by cities, states and non-profit organizations to encourage low-income families to save for college may also be an option for those who qualify. Some cities and states provide seed money to families who start a college savings plan before the baby’s first birthday and match contributions from low-income families.

Parent PLUS Loan Forgiveness: Everything You Need to Know