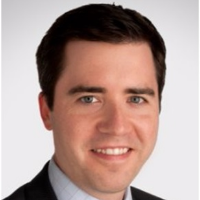 Annual and aggregate loan limits specify the maximum amount that may be borrowed from a student loan program per year and in total. Student loan limits vary depending on the type of loan, the student’s degree level, year in school and dependency status, the college’s cost of attendance, other aid received by the student and the loan program.

Federal student loan limits are specified by the Higher Education Act of 1965 and are changed by Congress about once a decade. Loan limits for private student loans are set by each lender, such as banks, credit unions and other financial institutions, and may be changed more frequently.

When a student reaches the annual or aggregate limits for federal student loans, they may need to borrow from a private or parent loan program to cover the remaining college costs. These loans have higher annual borrowing limits, which can not only meet the need for more money, but which can also contribute to over-borrowing by students and parents.

Most private lenders also base annual loan limits on the college’s cost of attendance.

The cost of attendance includes allowances for college costs, as determined by the college. These costs include

A student with above average expenses, special needs expenses or dependent care costs may need to appeal to the college financial aid office for an increase in the cost of attendance.

The cost of attendance cap is reduced by the amount of other financial aid received by the student to pay for their college costs. Financial aid may include grants, scholarships, tuition waivers, student employment and student loans. may reduce the eligible federal loan amounts below the legal maximum.

The combined annual limits for subsidized and unsubsidized Federal Direct Stafford Loans are based on the student’s degree program, year in school, and whether the student is dependent or independent.

Graduate and professional school students are not eligible for subsidized federal loans, only unsubsidized loans. The health professions include physicians, dentists, pharmacists and veterinarians.

If you’ve decided a private student loan is right for you, check out our list of the best private loans for college.

The longer a student has been in school, the more likely it is that the limiting factor on borrowing will be an aggregate loan limit, sometimes called a cumulative loan limit.

An aggregate loan limit is not a lifetime limit, as the student can regain eligibility when payments reduce the total student loan debt outstanding below the aggregate limit.

The aggregate limits for subsidized and unsubsidized Federal Direct Stafford Loans are determined by the student’s degree program and whether the student is dependent or independent. Dependent students whose parents are ineligible for a Federal Direct Parent PLUS Loan are eligible for the same aggregate unsubsidized Federal Stafford Loan limits as independent students.

The aggregate loan limits for Federal Direct Stafford Loans are shown in this table.

Most private student loan lenders have aggregate limits based on the combined total amount borrowed from private and federal loan programs.

What is the Net Price?

What is Graduated Repayment?

How to Discharge Your Student Loans in Bankruptcy