What Bernie Sanders Wants to Do About Student Loans and College 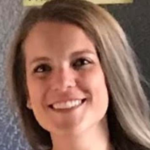 Of all the Democratic presidential candidates, Bernie Sanders has introduced the most ambitious proposals for eliminating student loan debt and making college more affordable. The Senator believes that college education is an inalienable human right and that going to college should not force students to borrow. He proposes to implement tuition and debt-free college for all and completely cancel student loan debt – all $1.6 trillion of it.

Here is his plan and how he will pay for it:

What Bernie Sanders Plans to Do about College Costs

What Bernie Sanders Plans to Do about Student Loans

“The promise of higher pay has not materialized for recent college graduates, who have been taking out more and more in student loans to keep up with the skyrocketing cost of tuition,” Sanders’s plan states. “This has led to a generation of young people unable to start families, buy homes, and follow their dreams.”

Sanders also points out that student loans aren’t just a problem for millennials. Three million older Americans have student loan debt and more than a hundred thousand are having Social Security checks offset to help pay off the debt.


How Bernie Sanders will Pay for Cancelling Student Loan Debt

In his plan to cancel all student loan debt and pay for college for all, Sanders has a plan on how to cover the estimated $2.2 trillion cost. To do this, he will impose a tax on stock trading. “It works by placing a 0.5 percent tax on stock trades – 50 cents on every $100 of stock – a 0.1 percent fee on bond trades, and a 0.005 percent fee on derivative trades,” his plan states.