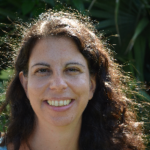 Ha didn’t spend money on a fancy apartment. Instead, he split the rent on an apartment with his then-girlfriend and now wife.

Since a rent or mortgage payment is likely the largest expense you’ll have every month, keep it as low as possible. This will help you put more money towards your student loans or reach other financial goals, such as creating an emergency fund and saving for retirement.

Ha also opted to not own a car. According to AAA, the average cost of owning a car is $8,469 per year.

“I was biking everywhere and taking a bus,” recalls Ha, who lives in Minneapolis.

If it isn’t realistic to ditch your car, you can still save money by making other strategic moves. Keep your car payment low, shop around to compare car insurance options, plan your route efficiently to save on gas and carpool whenever you can.

As for food, Ha became known in his law office as the guy who would eat the free food that came in the office. If it was free, he was eating it.

You can save money on your food budget by limiting how often you dine in restaurants, bring your lunch to work, meal plan, use coupons and shop sales.

Ha suggests that twenty-somethings fresh out of school and burdened with student loan debt take a lean approach to living.

“Live like a student for as long as you can after you graduate,” Ha says. “The sooner you can get rid of student loan debt the more flexibility you have.”

Put any windfalls or extra money towards student loan debt

When you get paid biweekly there are two months a year that you get a third paycheck. Ha used all that money for student loan debt.

“I would take the whole third paycheck, the bonus paycheck, and throw it [towards student loan debt],” Ha says.

You can do this with any gifts you receive for holidays, cash from selling your stuff, raises or bonuses at work, extra money from overtime and additional hours, rebate checks, refunds, bonuses for signing up for a new account, tax refunds and more.

Most of the money Ha used to repay his student loans came out of his salary at the law firm but he also had some side hustles going on.

He rented out a room at Airbnb. He dog sat with the Rover app. He did food delivery on his bike for Postmates, Grubhub, DoorDash and Uber eats.

Other options for side hustles include, tutoring, providing child care or elderly care, dog walking, house sitting, freelancing on sites like Upwork, complete surveys or help people with everyday tasks on TaskRabbit.

Ha, who graduated from law school in 2013, got much lower interest rates on his student loans by refinancing student loans.

“I actually refinanced my loans three times,” Ha says. “I did it because I was getting lower rates and bonuses.”

In March 2015, he refinanced with SoFi for a 4.3 percent rate, which was a big step down from the 6.8 percent he was paying on his student loans.

He refinanced a second time with CommonBond in May 2015 for a variable rate of just 1.93 percent. Keep in mind that variable rates are enticing because they are very low, but they can rise. Variable rates might be a good option for you if you are confident you are going to be able to pay off your student loan debt quickly.

In August of 2015, he refinanced $5,000 of his student loan debt with Earnest. Earnest has some interesting benefits, including allowing you to skip one payment every year and an interest rate reduction with you sign-up for automatic payments.

“You can refinance your student loans as often as you want,” Ha says.

Keep in mind refinancing federal student loans into a private student loan means a loss in many benefits. These include any potential federal forgiveness, income-driven repayment, generous deferment options, the death and disability discharge, and more.

Use our Student Loan Refinancing Calculator to estimate how much you could lower your total and monthly loan payments by refinancing your student loans.

How did he choose his lender? He chose SoFi for all the free events that the company puts on for its members. Ha attended fancy dinners, the Big Ten Championships and X Games,

“I always tell people they should take advantage of SoFi just for that,” Ha says.

“Go to SoFi and then go to Credible to see what the rates are,” Ha says.

Keep in mind there are pros and cons of student loan refinancing. If you refinance federal student loans, you will lose perks including the option for student loan forgiveness, income-driven repayment plans and generous deferment options in times of unemployment or economic hardship. For private student loans, refinancing could mean

At Savingforcollege.com, our goal is to help you make smart decisions about saving and paying for education. Some of the products featured in this article are from our partners, but this doesn’t influence our evaluations. Our opinions are our own.