Defense of Infancy for Student Loans 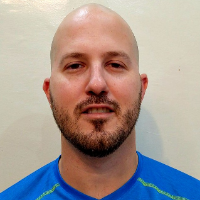 Here are the basics of the defense of infancy for student loans and what borrowers need to know.

An “infant” is a legal term given to a minor. In this context, it applies to a student under their state’s age of majority, meaning they’re not considered an adult. This can be age 18, 19 or 21, depending on the state. Each state may have several different ages of majority, such as the legal age to marry, own property and join the military. The age of majority that matters for student loans is the age at which a student can enter into a binding contract.

An infant isn’t held liable for their actions because they aren’t considered fully able to understand a contract. They lack the legal capacity to do so.

What’s the Defense of Infancy?

Simply put, it allows an underage borrower to repudiate a loan. The defense of infancy argues that the borrower lacks the legal capacity to enter into a contract because they were too young. Therefore, the student loan’s promissory note can’t be enforced.

Capacity is the key word here. When a lender can’t provide evidence of the borrower’s capacity, the student loan contract isn’t legally binding. As a result, the loan’s promissory note is rendered null and void and the borrower has no legal obligation to repay the debt. They may refuse to honor the contract and stop repaying the money they borrowed for school.

On the other hand, purely private loans made by a private lender, such as a bank, credit union, state loan agency or other financial institution, are subject to the defense of infancy.

This is why private lenders won’t make private student loans to borrowers who are under their state’s age of majority. Some lenders will make a private student loan to an underage borrower if there is a cosigner over the age of majority. Most won’t. Instead, they’ll ask the cosigner to borrow a private parent loan, which is solely the responsibility of the parent borrower.

When the borrower lacks the capacity to sign the loan promissory note, there’s a risk that the borrower will repudiate the loan, making it too much of a potential liability for the lender.

Suppose an underage child borrowed a federal student loan. Would their parents be responsible for it?

The Rationale behind this Rule

The logic is simple. If a student is old and mature enough to go to college, they should be responsible for the federal student loans they borrowed. The federal government expects them to be capable of repaying the debt regardless of their state’s age of majority.

There have been cases where federal student loan borrowers tried to repudiate their federal student loans using the defense of infancy. The defendants disputed their obligations and claimed they weren’t liable for repaying the loans. However, those cases were lost in federal court.

In one case, a borrower even brought a second action to state court after his initial claim in federal court failed. The state ruled against the plaintiff’s state claims on the grounds of res judicata, meaning the matter had been already judged in a court of competent jurisdiction. According to the court, the plaintiff’s second action was “a mere repackaging” of his federal claims and carried no weight.

Making Sense of the Defense of Infancy

Should You Refinance Federal Student Loans? What to Consider